The Minidoka concentration camp was located in a remote portion of South Central Idaho’s Snake River Plain and housed approximately 13,000 Japanese Americans during World War II. It closed seventy years ago today. The inaugural edition of the camp newspaper The Minidoka Irrigator, published on September 10, 1942,  presented a bleak view of the camp environs:

“The stage on which the Irrigator introduces itself is 68,000 acres of untamed desert. Minidoka, as we know it now, is a vast stretch of sagebrush stubble and shifting, swirling sand–a dreary, flat expanse of arid wilderness. Minidoka, in September of 1942, is the sort of place people would normally traverse only to get through to another destination. But we, ten thousand, from the climatically temperate cities and the lush, verdant valleys of coastal Washington and Oregon, are not passing through to a ready-made civilization.”

Despite the oppressive summertime heat and dust storms, coupled with freezing cold, flooding, and snow in the winter, residents worked hard to carve out a life for themselves at Minidoka. On top of the degradation of being classed as enemy aliens and having to give up their homes and lives, the prisoners maintained peaceful relations with camp administrators at first. However, a more turbulent relationship developed after the barbed wire fence surrounding the camp was completed. When the first incarcerees arrived, the barbed wire fence was unfinished, which allowed them to venture out into the nearby sagebrush plains to find much-needed fuel to burn. The completion of the fence prevented this and, to many, came to stand for yet another intolerable and humiliating symbol of their oppression. Some rebelled and tried to dismantle the fence, but the contractor electrified it without the knowledge of the administration, causing further tension.

In 1943, the loyalty questionnaire issued by federal officials exacerbated tensions.[19] While twenty-five percent of those Nisei who volunteered for the Army came from Minidoka,[21]  others resisted the military draft making a statement by defying it. In 1944, thirty-eight men were apprehended for draft evasion.

Finally, in December 1944, the War Relocation Authority announced the closures of all camps. At that time, seventy-three percent of those removed from the West Coast were still at the ten WRA centers across the United States.[23] By September 1, 1945, W.E. Rawlings became the project director, and he stated in his Project Director’s Narrative that there were still 3,000 Nikkei at Minidoka. Rawlings said those who were left were old, sick, or incompetent. Many were given a three-day notice to vacate the premises, so the site could be closed on time. Only one person was evicted due to refusing to move. Rawlings mentioned that it only took one eviction to cut this behavior.[24]

Scroll through the photos below for a glimpse into life at Minidoka. Visit this HistoryPin collection for additional photos and oral histories; visit the Densho Encyclopedia for footnote source material, as well as additional information and resources. Brush fire in the midsection of camp, 1945. National Archives and Records Administration Collection. Japanese American children of the Stafford Elementary School picking up sagebrush and piling and burning in one of the farm fields near the school cleared out of raw sagebrush, March 1943. National Archives and Records Administration Collection. 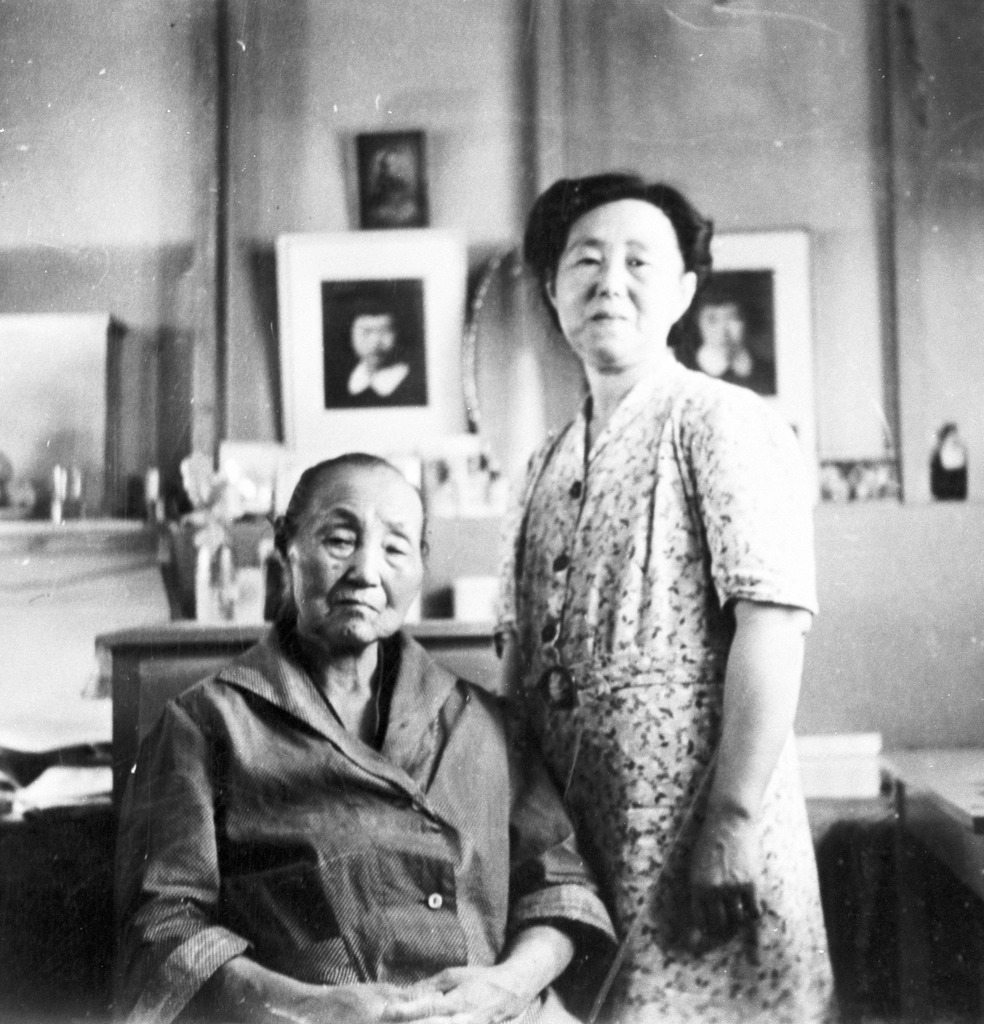 Grandma Yorozu, who at eighty-four years of age was one of the oldest Japanese Americans at Minidoka, and Fusa Yorozu inside their barracks apartment, c. 1944. Mitsuoka Collection. Kadju Nishimura of Block 26 is on her way to take a shower. Note the Japanese clogs, called geta, that she is wearing. Geta enabled her to keep her feet clean while she walked through the dirt and mud, c. 1944. Bain Collection. 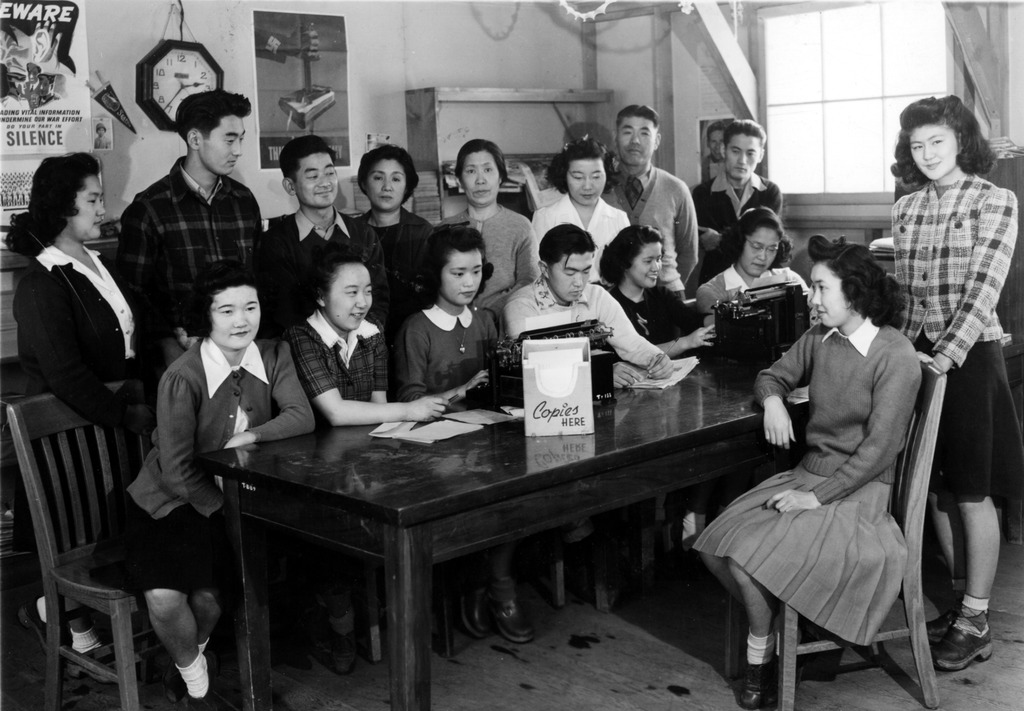 The staff of the Minidoka Irrigator, the newspaper of the Minidoka concentration camp, is shown in the paper’s office. Far right (left to right): Takako Matsumoto (left) and Elsie Sata. Front (left to right): unidentified, Kimi Tambara, Cherry Tanaka, John Kanda, Miyuki Inouye, and Sachi Yasui. Back: Mitsuko Miyoshi, Harry Nakata, Watson Asaba, unidentified, unidentified, Mitsu Yasuda, unidentified, and (first name unknown) Iwami. The paper was allotted a small office space in one of the barracks that housed camp inmates.  The Minidoka Irrigator, was published weekly from September 10, 1942, through July 28, 1945, and contained news about the camp and of the war when Nisei began enlisting. Japanese Americans with a background in journalism worked on the Minidoka Irrigator and were paid $16 per month. Because Japanese Americans were not allowed to have cameras or radios, all photographs for the newspaper were camp sanctioned. The paper was published in the city of Jerome, under the supervision of the WRA. A copy of each issue was sent to Washington, D.C. c. 1944. Kinoshita Collection.

View oral history interviews and more photos from Minidoka in this HistoryPin Collection:

Portions of the introduction were excerpted from the Densho Encyclopedia article by Hanako Wakatsuki.