Side Trip to Fort Snelling

Returning from a short trip to Minneapolis last weekend, I spotted a sign for Fort Snelling on the way to the airport. The fort is perched above the picturesque confluence of the Mississippi and Minnesota rivers. During World War II, some 3,000 Nisei soldiers went through rigorous Japanese language instruction there to serve in the Military Intelligence Service (MIS). Graduates worked in Japan during and after the war as translators, interpreters, and interrogators. 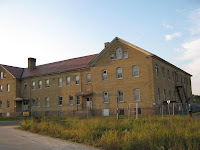 The military opened the first MIS school at the Presidio in San Francisco after it became apparent that the average American could not learn the difficult Japanese language — and that, contrary to assumption, the average American-born Nisei did not speak the language either. Densho interviewee Francis Mas Fukuhara points out the irony of the situation:

“The real linguists in MIS were guys educated in Japan. They were Kibeis. And that’s kind of ironic, because jeez, you know, [Western Command General] DeWitt went on for a half a page justifying the evacuation of Japanese… one of the things that he pointed out was that these Nisei were, couldn’t be trusted because they had all this knowledge of Japanese and Japanese culture, and Kibeis were the worst of all because they were educated in Japan. And it’s kind of ironic to me that they took us and threw us into camp for that very reason, and recruiters came in, really, and were recruiting us for that very same expertise.” 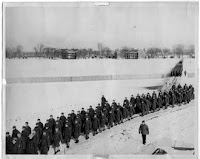 “After basic training, the order was to go to Minnesota, so off I went. I didn’t think I had any choice of saying no to that. There were so many of us Niseis that had been drafted into the Fort Snelling program, that for two months we stayed in these, we call ’em turkey farms. There were four men in a real small house. Had potbelly stove to keep us warm… And we used to go out and report out in the cold weather. Minnesota’s very cold. Stand attention and go through military procedures…Somehow it was suggested I knew more Japanese than others, so they had us ranked from first class to twentieth class level. I was in class five. Myself, I would have assigned myself to nineteen or twenty. But somehow we graduated. We spent night and day, Saturdays, studying Japanese, writing it, reading it, speaking it.”

All told, nearly 6,000 Japanese Americans served in the MIS during and after World War II. This famous quote seals their legacy: Maj. General Charles Willoughby, Gen. MacArthur’s intelligence chief, stated, “The Nisei saved a million lives and shortened the war by two years.” And they did it while their parents and siblings awaited the war’s end behind barbed wire.