Since history tends to sideline the central role so many women played in the major social movements of the 20th century, here’s a little herstory lesson about five women warriors whose incarceration during World War II inspired them to fight back–some more widely known than others, all supremely talented and fierce activists who nuh care if them hurt hurt hurting your stereotypes about quiet, submissive Asian women. The redress movement owes a lot to Aiko Herzig-Yoshinaga. A hardworking single mom, after the war she resettled in New York, where she became assistant director of a public health organization providing, as she put it, “education about venereal diseases.” (They had to call it “social health” though, cuz, you know, think of the children!) In the 1960s, she joined Asian Americans for Action (AAA), a group led by lady activists and a few bros down with the struggle, and got involved in the Civil Rights Movement and protests against the Vietnam War. Aiko remarried and moved to Washington, D.C. in 1978, and dove headfirst into the National Archives, working 50-60 hour weeks cataloging information on the wartime incarceration. As lead researcher of the investigation into the camps, she uncovered evidence disproving government claims of “military necessity.” Her findings were the foundation of the report leading to the redress bill, as well as the coram nobis cases that overturned convictions for challenging the exclusion. “You’re welcome” — Aiko, probably. 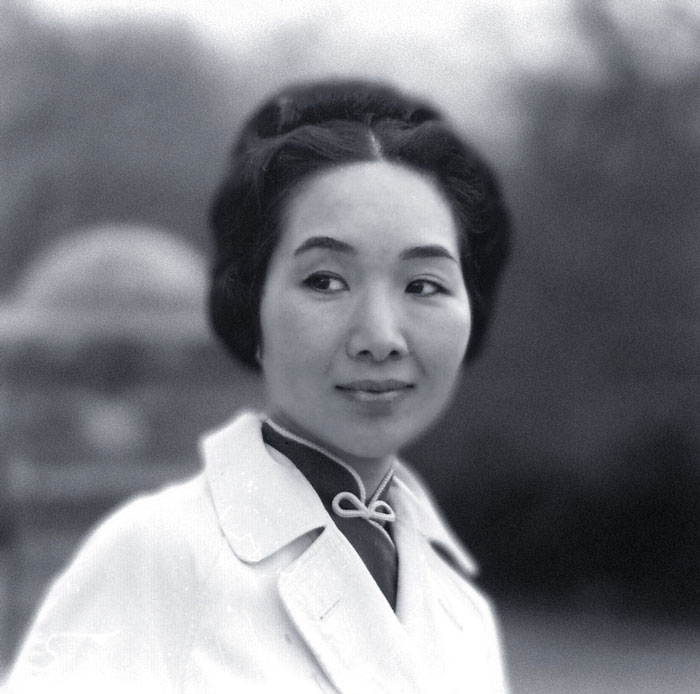 Michi Nishiura Weglyn, author of Years of Infamy, was fifteen when her family was “evacuated” to Gila River. Not one to let the Man get her down, Michi spent her time in camp heading her high school’s Forensics League, winning awards for writing and public speaking, and organizing young women’s associations. She left camp to major in biology (and minor in pioneering for women in STEM), but her education was cut short when she contracted tuberculosis. After moving to New York and winning acclaim as a costume designer for the Perry Como Show, Michi devoted herself to researching the “untold story” of the concentration camps. (Spoiler alert: it was racist!) In 1975, she published what would come to be known as the “Bible of the Redress Movement,” exposing prejudice and misinformation as the driving forces behind the incarceration, and bolstering support for the growing movement. She later turned her attention to Japanese Latin Americans and others who had been denied reparations, advocating on their behalf well into the 1990s. This is Aki Kurose, social justice advocate, award-winning teacher of “math, science and peace,” and all-around amazing human being. Growing up in a diverse (and red-lined) neighborhood of Seattle, from a young age she was encouraged by her parents to challenge stereotypes and aspire to more than changing diapers and sweeping floors. Upon returning to Seattle after the war, she worked for an interethnic porter’s union and, after some firsthand experience with discriminatory, “Sorry, it’s been sold already” realtors, became involved in CORE and the open housing movement. She began teaching in the 1970s and was soon transferred to an affluent, essentially all-white school as part of the district’s desegregation plan. Aki somehow managed to do her job despite having to put up with the criticism and literal surveillance of racist “concerned” parents, helping to integrate students of color being bused in, pushing other teachers to adopt multicultural education, and generally killing it in the classroom. She received the United Nations Human Rights Award in 1992. Best known for her friendship with Malcolm X (and that famous photo), Yuri Kochiyama was a revolutionary in her own right. Her relatively privileged childhood came to an abrupt end when her father was arrested by the FBI mere hours after Pearl Harbor and, after six weeks of detention that aggravated existing health conditions, died upon his release. Imprisoned in Jerome during the war, she relocated to New York with her family and adopted an increasingly radical political view as she became active in Asian Americans for Action and other civil rights organizations.  She came into contact with the movement through Malcolm, but Yuri continued to work with Black nationalist groups well past his 1965 assassination, supporting political prisoners and building coalitions between Black and Asian American activists, in addition to advocating for nuclear disarmament, an end to the Vietnam War, Japanese American redress, Puerto Rican independence, and many, many other issues until her death in 2014. Rest in power, Sister Yuri. Cherry Kinoshita spent a lot of time in the kind of dude-centric spaces where she’d often be the only woman in the room — and had exactly zero problems holding her own, even when her colleagues made fun of her for being all emotional and womanish or whatever. A former Minidoka inmate, she returned to Seattle with her husband after the war and joined the local Japanese American Citizens League (JACL). She was chapter president by the time the redress movement began to gain steam in the 1970s (and would go on to serve as vice governor for the Northwest district and vice president of the JACL’s national board). Cherry helped get the grass roots movement off the ground, took the lead in preparing the community for the CWRIC hearings, and was heavily involved in lobbying for redress and reparations — all while facing opposition from those who said drudging up the incarceration history would only cause trouble. Oh, and in her spare time she ran a successful campaign to force the Seattle school district to compensate Nikkei clerks they’d fired in response to Pearl Harbor.