Original WRA caption: Baseball is the most popular recreation at this War Relocation Authority center with 80 teams having been formed throughout the Center. Most of the playing is done between the barrack blocks. Manzanar concentration camp, July 2, 1942. Photo by Dorothea Lange. Original WRA caption: The 1944 league baseball season got under way at the Tule Lake center on April 19. Project Director Ray R. Best tossed out the first ball. Nearly half of the 17,000 residents of the center were present for the opening game. April 14, 1944. Courtesy of the National Archives and Records Administration. 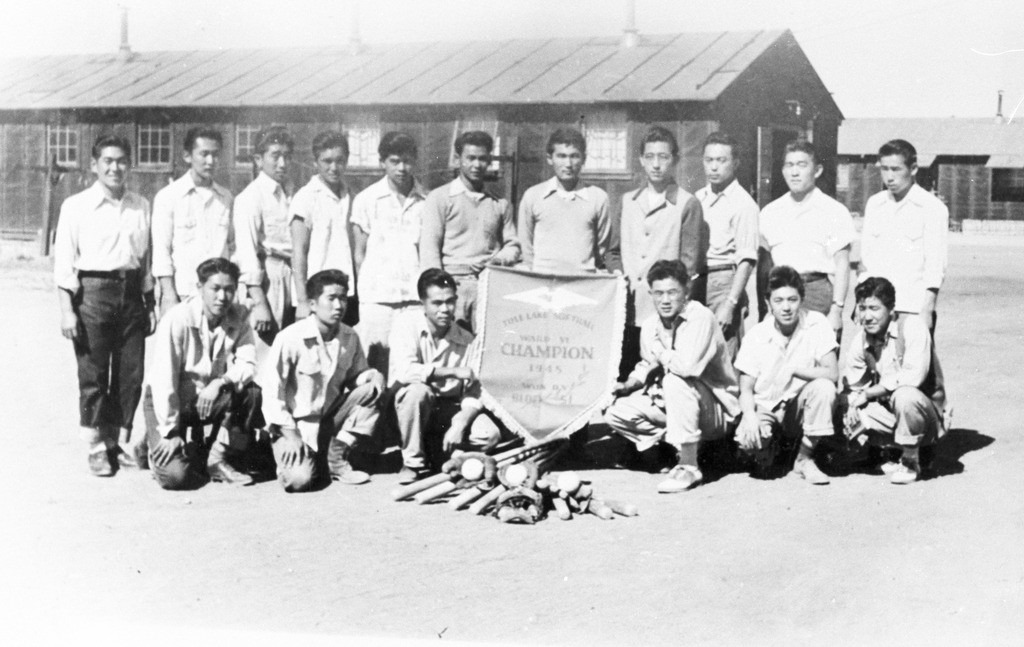